When Max was really young we had no reason to suspect that he was different to any other child his age. Since his diagnosis at age 18 months we have, with hindsight, realised that actually some of his ‘ways’ may have not actually just been ‘one of those things’. Between six months and 18 months Max would cry himself to sleep pretty much every night. Most of the time he simply wouldn’t go to sleep if one of us wasn’t holding and rocking him. I remember getting really good at singing London Bridge and Mary Had a Little Lamb…even made up a few verses on the fly. We are pretty sure now that one of the reasons he found evenings and sleep so difficult was that his palsy was either restricting him to the point of annoyance or possibly even causing him pain. We might be wrong. It may have just been one of those things. Other kids do have the same issue. It’s just that now we know he has bilateral spastic diplegia we can’t help but think that maybe if we had known we could have done something differently and made those early evenings better.

Our suspicions were first raised when he started to reach the age when crawling should be happening – the best he could manage was rolling over. Even that was a milestone we remember fondly…the videos are great…he was clearly very proud! Like the sleeping problem though it was still possible that maybe Max was just a bit slower than the norm. That’s the problem over the first two years…there’s such variance in the speed that different children can develop. Maybe Max was just a little behind the curve? Making things more challenging (in some respects) was that the development of Max’s intellect was tracking normally. We would have great chats and his emotional intelligence was never an issue – he was very loving and simultaneously very cheeky.

We did speak to several GPs about our concerns. Not surprisingly they were loathed to suggest that Max may have actually had an issue. We don’t actually blame them or think that they failed in their duties. We’re sure that many parents approach their doctor asking similar questions and in most of those situations their child is able bodied child and is just waiting patiently to start sprinting around the house. In a perfect world we would have been referred to a developmental paediatrician – to be honest though there are no guarantees that cerebral palsy would have been their diagnosis at that time. We recall that gross motor problems tend not to be confirmed until about age two – particularly where the child is not presenting with cognitive challenges.

In the end Max’s diagnosis was made as a result of good fortune rather than parental persistence or professional intervention. Not that Max would agree with good fortune bit. He was in hospital receiving treatment for a chest infection, dehydration and constipation. Not a fun few days for him, but in the end fortunate, as a developmental paediatrician saw him on his rounds. His focus was fixing the problem at hand, however we also took the opportunity to ask questions about Max’s mobility. A formal appointment was made, MRI completed and diagnosis was confirmed. We still had to proactively seek this specialist’s opinion but had we not been in hospital already we do wonder how difficult this process would have been.

Those first weeks and months after Max’s diagnosis were hard. We worried for his future and had so many questions. Would he be able to walk? Would his cognitive ability eventually be impaired? Would he be happy? The DHB were great in providing advice and some assistance, although they were and still are limited in what they can achieve because of their inadequate funding. It was not until Max started at Conductive Education that we felt that we had gained some level of control over the future. We still had many questions and most of those remain today. One of the most important differences between the public health service and Conductive is the amount of hands on therapy time that your child receives. Max went from one to 18 hours per week. An easy decision to make. We still rely heavily on help from ‘traditional’ sources (for equipment, formal medical assessments, botox treatments, etc.) however we can’t help but wonder how Max would be now (health and happiness) if we had never discovered Conductive Education. It is a place where the staff understand the trials that these kids are going through and they also do what they can to bring out the best in each child.

Another critical advantage of being part of the Conductive whanau is to know that you are not alone. We have gained strength from the knowledge that many other children have moved through the Conductive system are more mobile and happy as result. You are also provided with perspective. You discover that children with cerebral palsy have their own personalities, their own strengths and weaknesses and in particular they make their own unique contribution. All this sounds obvious right? When you initially find out that your child has a potentially serious lifelong condition one of the first things you lose is perspective. A few years down the path with the help of many people and the Conductive Education organisation, our family has found that again. Max’s future will continue to have hurdles over which we will need to jump together, however we are positive that he will also lead a happy and fulfilling life. 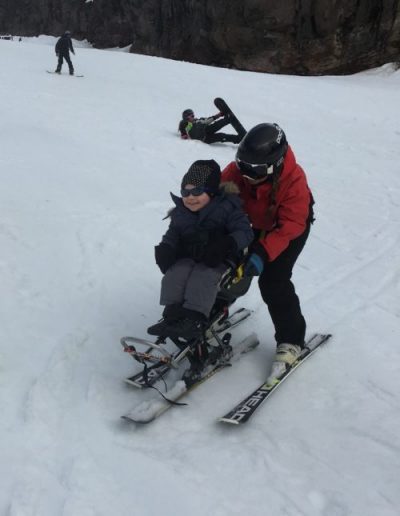