Addy is almost 2 and she was diagnosed with Cerebral Palsy at the age of 9 months. At 32 weeks pregnant we happened to have a scan to check where my placenta was lying and it was discovered that she had a rather small head for her gestation, below the 4 percentile.

Our midwife referred us to the hospital where we received heaps of scans and monitoring to make sure she was doing ok. Nothing indicated that there were any problems except for the small head size but the doctors had scheduled her for an induction at 38 weeks.

On the morning of the induction we had a scan and it was decided that she had been growing so we were allowed to go home and wait for natural labour to begin. Two weeks later her birth was uncomplicated and we received into our arms a beautiful little girl.

At 6 weeks we had a routine checkup with a pediatrician and it was here that her head was found to be on the bottom of the charts, so we were asked to come back in 3 months to monitor her head growth. Three months later her head was still very small. We had also discovered that she is deaf in her left ear through the newborn hearing screening program. We had started to notice by this stage that she was very left hand dominant. In another 3 months we were sure something wasn’t right and we brought this up at her next pediatric appointment. We are very thankful that he listened to our concerns and referred us straight away to a neurologist whom we saw reasonably quickly. At this appointment we received the news we knew was coming, Cerebral Palsy.

Through more investigation and tests it has been confirmed that she got CMV (Cytomegalovirus). This most likely happened while pregnant. The virus often shows no symptoms and can then be passed onto the baby in utero.

She attends Conductive Education 4 days a week at the moment and just loves it. She’s getting really good at walking in herwalker and loves interacting with those around her. The difference the Conductive team have made to her physical development has been amazing. They’ve encouraged her and pushed her every step of the way. It’s the perfect place for a wee girl who needs some extra help, is super social and loves things like music, painting and swimming.

Addy is a happy, smile filled little girl who brings much joy to our lives and those she is around. 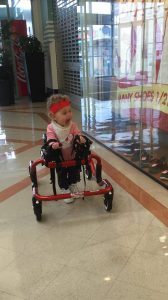 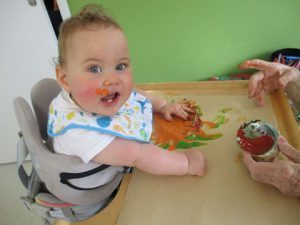 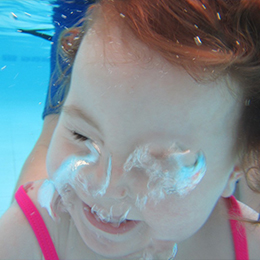